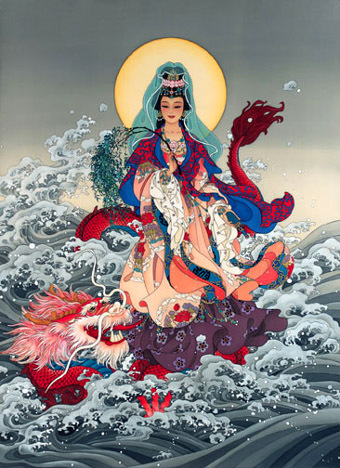 My idea of what it means to be kind might seem a bit odd. It might seem even odder if you’re someone that I love, because I believe that the kindest thing I can do is compel you to examine things, not smother you in reassuring platitudes. I will not tell you what you want to hear, unless it is also true. I will let you struggle.

Believe me, dear ones, it is as hard on me as it is on you. I can see the pain you’re in. I can see you’re lost and losing faith. But I’m still going to let you struggle.

Struggle is the most important part. Yeah, life is suffering. What we struggle over is often meaningless, in the grand scheme of things. But struggle is where everything important happens.

It’s where you learn how tough you are, how durable (it’s always more than you think). It’s where the rubber meets the road and you start to ken what matters. It’s where when you’re beaten down, overcome by worry or shame or rage, you realize that you’re still here, still alive. And, while battered, beaten, and dragged to the outer reaches of your limits, you were never really broken — and that’s no small thing. In fact, it’s the only thing.

It’s where you learn that your feelings need not be attached to your circumstances, where your actions come from your principles, not in reaction to the events and the people around you. It’s where, unbelievably, you come to understand that the struggle is the only thing that matters and that, what’s more, the struggle is your friend

Struggle is unmoved by your tears. It is anointed by your rage. Your fear demonizes it, but it doesn’t change its essence. Struggle lets you grow into your power, like a patient parent to a recalcitrant child. Eventually you come to see that struggle was always your friend. And then it ceases to be a struggle, and becomes merely a challenge.

You might say: “I have nothing to prove. Not to myself, or to others. Why should I have to struggle?” You don’t have to. Stop. Go limp. Play dead.

But if you can’t perhaps you need to acknowledge that some part of you needs that struggle to be realized. To come to the surface. To develop itself. Even if you feel as fully formed and individuated as Athena, acknowledge that if that were true, you would have stopped struggling by now.

Think of struggle as being born. Babies don’t want to be born. The womb is warm and safe, and the world is cold and bright. But they’re driven by a force both of them and outside them, and so it goes.